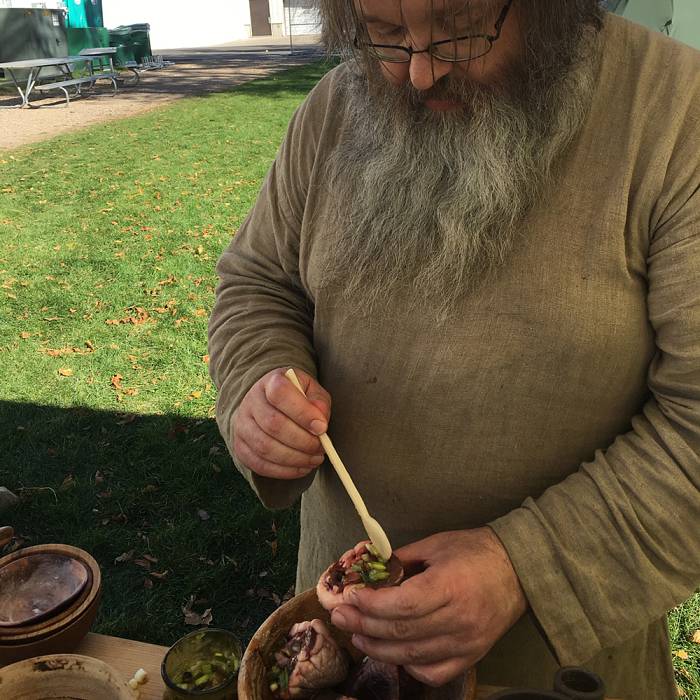 Though the lore of the ancient Vikings is fraught with historical inaccuracies (they did not wear exclusively purple), the idea that Vikings of the 10th century knew how to party is one popular myth that is rooted in historical evidence. As seafarers who lived intimately with the land, the winds and the weather, Viking culture featured celebrations and rituals based around seasonal changes. Just like our modern cultural celebrations, these traditions involved certain seasonal foods prepared in specific ways. Renowned Swedish culinary archeologist and Featured International Guest Instructor Daniel Serra will guide students in preparation of a variety of special dishes common in the 9th-11th centuries, including the meats, cheeses, soups and vegetables that would have graced the menus of party planners across Scandinavia and the Viking world. In addition, he'll share the history and lore of this long-ago era. Don’t miss a day in the kitchen and around the fire that will prove to be an unforgettable hands-on experience.

Daniel Serra is a Featured International Guest Instructor, brought to North House in partnership with The Viking Connection (www.vikingconnection.org). As part of his time on campus, he will be demonstrating and speaking during the Unplugged Festival Weekend.

No sessions currently scheduled for this course.