Our mission is to enrich lives and build community by teaching traditional northern crafts in a student-centered learning environment that inspires the hands, the heart and the mind. 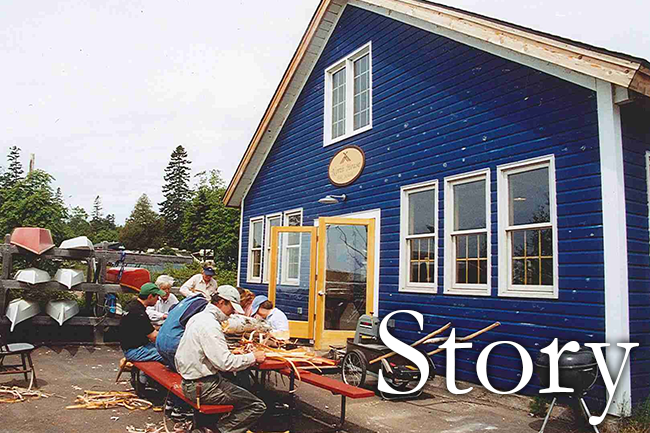 North House was founded in 1997 by a small handful of inspired locals passionate about traditional craft and cooperative learning. When we published the first catalog of 23 courses (including Inuit kayak building, Scandinavian bowl carving, and canoe paddle making), North House didn't yet have a home — or even a classroom. However, two old forest service buildings on the harbor serendipitously became available, and North House settled in and began building a campus.

Campus has changed and expanded over the years, but those two original buildings — the Red Building and the Blue Building — are still at its heart. North House has thrived over the ensuing two decades, and now hosts over 350 classes and 3,000 students per year, and connects students and instructors from all over the state, country, and world.

See our About Us booklet for a photo history of North House and an introduction to folk schools.

Ready to step into craft? Sign up for a course, check out our community programs, or visit us for one of our annual events! 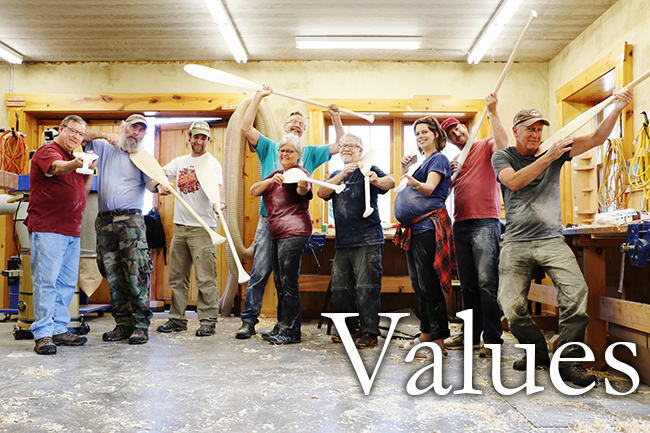 PEOPLE • North House’s mission is rooted in people. Our warm welcome, open-to-all programs, egalitarian engagement and multi-generational commitment seek to build a community of respect, individuality and appreciation. Our programs empower and affirm - celebrating curiosity, opening doors to the world and nurturing self-discovery.

PLACE • North House’s vibrant efforts are directly connected to the northern landscape and the place we call home. Our programs, community and mission are at their best when accented by Lake Superior’s horizon and affirmed by the seasons of the North. Each journey to campus is like a pilgrimage, filled with stories and experiences that rejuvenate the spirit.

CRAFT • North House’s commitment to traditional crafts provides a powerful linkage between people and resources and connects the past, the present and the future. Maintaining and perpetuating the future of craft, celebrating time-tested methods, exploring the world’s need for sustainable solutions – each has and needs a place at North House.

CULTURE • North House pursues integrity and quality at every level. From daily operations to long-term planning, we pursue our mission with pride and purpose. Our institutional lifestyle reflects our commitment to craft, to community and to the joy of hands-on learning. 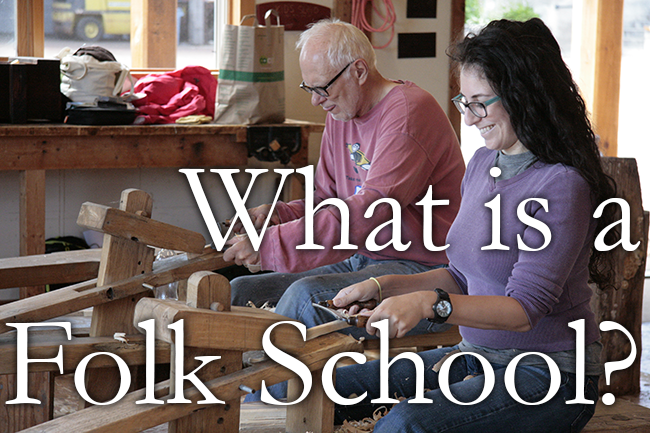 What is a Folk School?

Folk schools emphasize learning for the sake of learning. There are no exams, no credits, and no term papers. As much as our courses teach a particular skill (timberframing, basketmaking), they also encourage lifelong learning. This type of learning environment is inspired by Scandinavian folkehøjskolers (folk high schools).

Folk schools can be found around the world. In America, the number and popularity of folk schools is growing. Many of these new folk schools emphasize subjects such as music, theatre, art, tradition, and craft.

Our focus at North House is born largely from our location. In the northwoods of Minnesota, on the shore of Lake Superior, we emphasize traditional northern craft.

Five basic tenets guide all of our classes and programs:

In discovering the cultural heritage of the north, our students integrate the technologies of the past with those of today, expanding their personal perspective and elucidating both the present and the future. 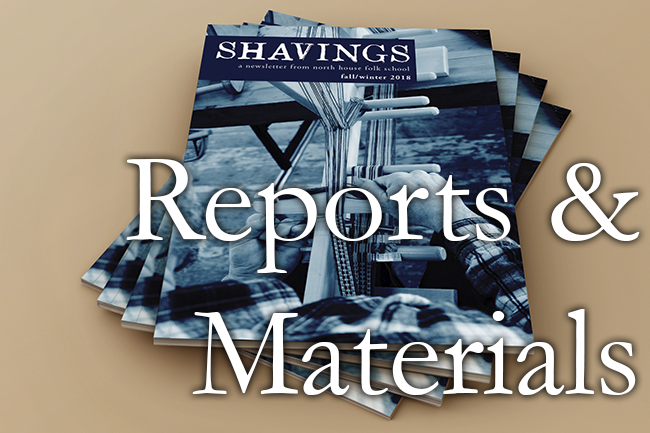 North House Folk School is a 501(c)(3) educational nonprofit, and depends on the generous support of donors at many levels.

Check out our member newsletter, Shavings:

Become a member to receive each new issue by mail! 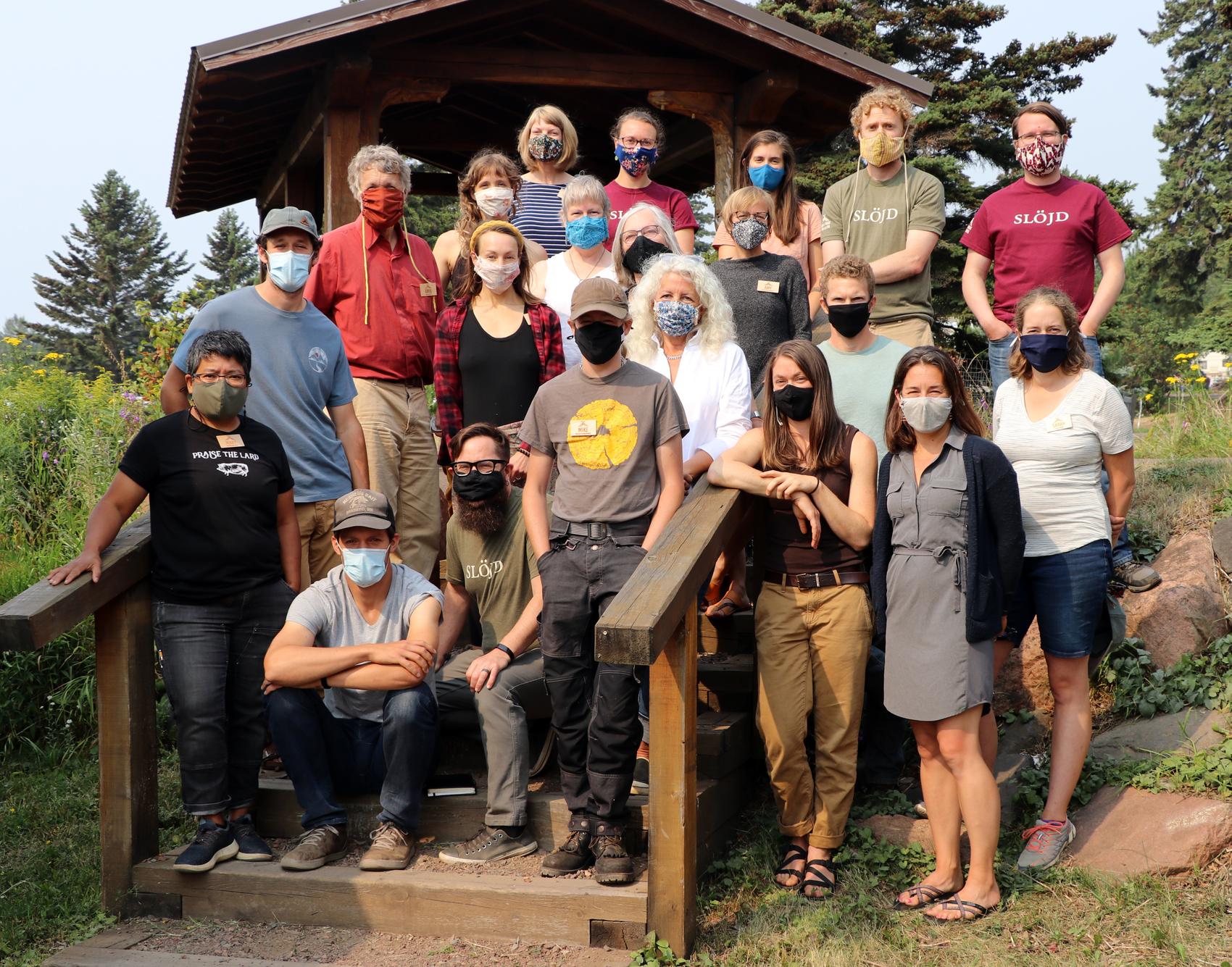 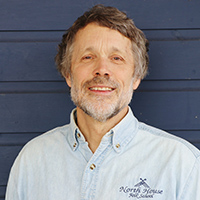 Greg has been immersed in educational nonprofit leadership his entire career. Arriving at North House in its fourth year, he has relished its strong community, powerful mission, and steady evolution. Northerner travelers by nature, Greg, his wife Jeanne, and daughter Olya prefer life outdoors. Chickens, bees, garlic, birch firewood, a CSA and some fiddling keep them moving. 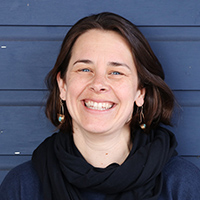 An educator by training, Jessa is passionate about lifelong learning and the connections of craft, community and landscape. She has served as North House’s Program Director since 2010, leading a wide variety of programmatic initiatives to both expand and deepen the school’s curriculum and commitment to both folk education and the craft educators who make the work possible. She currently is plenty busy exploring the natural world with her young son, while attempting to keep up with her personal interests in gardening, skiing, cooking, basketry and music as well as burgeoning need to mend toddler clothing! 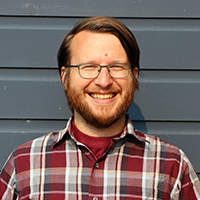 Tom grew up in the Pacific Northwest with a love of deep woods and deeper water. He enjoys working with donors to connect their passions with the vision and mission of the North House and sharing the impact of their support. Tom, his wife Lynnea, and daughter Runa enjoy family time outdoors — whether it's hiking, canoeing, fishing, or just hosting friends for something tasty out of the smoker! 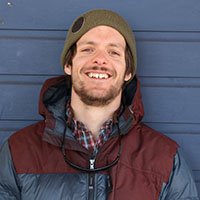 Raised on Lake Superior, intern alum Matt found his way back to North House after living on Puget Sound and serving in Peace Corps Paraguay. A mild disdain for prolonged desk work and an odd skill set has landed him in charge of campus operations, from buildings to boats. It’s never boring, and neither is a life of recreating, playing music, and making stuff. 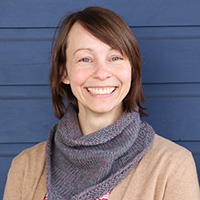 A lifelong forest dweller, Rachel grew up in Illinois, bounced around the country teaching environmental education, and landed on Minnesota’s north shore in 2010. She lives on a yurt- and garden-studded homestead in the big woods with her husband and two wee children. She is inspired by the drastic changes each new season brings to the northland, and loves to knit, write, and wander through the woods. 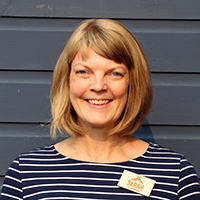 An Oregonian with Minnesota roots, Sarah took a bit of a winding path to get to Grand Marais. Her journey included stints in Colorado, Vermont, Alaska, and the Twin Cities, where she explored community education in museums and arts nonprofits along the way. She is happy to find a new home on the North Shore and is excited to frequent the trails by foot or ski and looks forward to paddling, swimming, and even surfing the Big Lake. Sarah's love of soccer, music, and art keeps her busy when she's not out in nature. She is thrilled to be a part of the North House programs team, building community through craft. 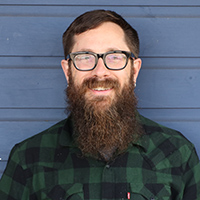 After growing up in and around Milwaukee, Wisconsin, Joe began his glacial trek to the West and North, with stops in Madison and the Twin Cities, finally making a longstanding dream come true landing in Grand Marais. With a foundation in the arts and a DIY ethos, he brings a love of music and traditional craft to the North Shore. 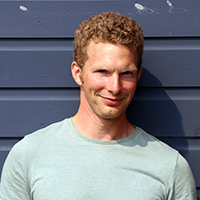 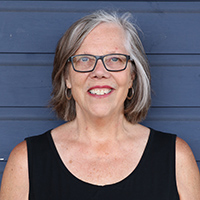 With a deep love of forests, flowers, fiber arts, fresh air and getting things done, Beth transplanted herself to Cook County in 2002. She is excited to be the office manager for North House and be in the presence of lovers and teachers of craft. Beth lives with her husband Bob and their dog Charlie in a little cabin on Devil Track Lake. Beth would love to meet you and share stories about your crafts the next time you stop in to the yellow house! 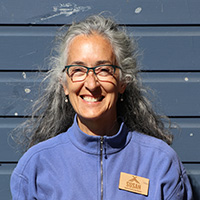 With a penchant for living in the north including 7 years in southeast Alaska, Susan finally landed in Ely and taught there at the elementary school for 24 years. After retiring and as an avid student at North House Folk School, she built a home in the area to be closer to the school. Besides activities at North House, she enjoys hunting for agates and wild mushrooms as well as gardening, canoeing, and cross country skiing. 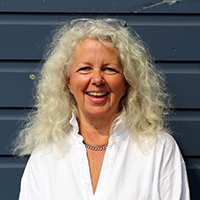 Locally grown (born and raised in Cook County), Cindy recently become a “townie” after moving to Grand Marais from waaaaay back in the woods where she’d co-owned and operated Sawbill Canoe Outfitters for 30+ years with her husband, Bill. Together they raised a couple more locals while living off-grid. She loves to tap dance and enjoys a good laugh! 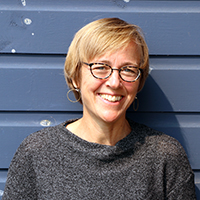 Born and raised in Iowa, Amy migrated north in her teens to guide canoe trips in the BWCAW. She fell in love with the boreal forest so when her husband, Peter, had the opportunity to help North House get off the ground in 1997, they naturally jumped at the chance. When not out paddling or nordic skiing with Peter and their two daughters, Amy uses her passion for spreadsheets and numbers to keep North House’s finances organized. She feels very fortunate to be able to use these skills for an organization that aligns so closely with her passion to keep old traditions alive. 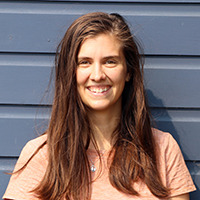 Kaitlin hails from southeastern Pennsylvania and fell in love with Northern Minnesota while studying for her PhD in ecology at the University of Minnesota. She is grateful she is able to connect with all the students and be part of the North House community in her role. Kaitlin feels most at home in a pair of overalls digging around in her garden, paddling her two dogs (Jackson and Hank) through the BWCA with her husband (Robbie) in their canoe named ‘The Yacht’, or skijoring on their lake. 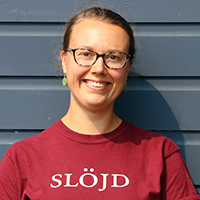 Growing up in the lakes region of western Minnesota, Libby gained a range of nonprofit experience while serving with an organization in Delaware. Returning to the Midwest in 2018, she is excited to share North House’s mission and story through her role. The local landscape provides the perfect fuel for Libby's swimming passion - from indoor laps to long-distance, wetsuit-clad swims in Superior’s invigorating waters. 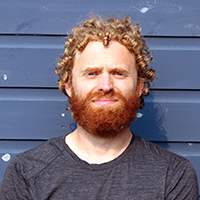 It was always a goal to "move north", so when the opportunity to take charge of technology at North House presented itself, Kjell packed up his skills programming computers and putting digital tools to the task of making the world a better, craftier place and got to work. 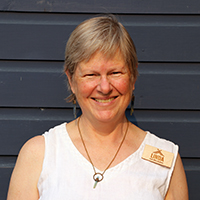 From the beginning, a seasonal taste of the North Shore was not enough, and Linda has now transitioned to a year-round embrace of both nature and craft. Having always worked with her hands, she is a lover of patterns and rhythms, and finds joy in the serendipity of life. At the Yellow Building on campus, she supports the creation and the telling of stories. She can often be found outside among the trees or somewhere along the Big Lake. 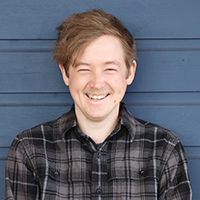 Mike, another former intern, fell in love with the joys of craft at North House. He found his way back after writing about folk schools while at Marlboro College in Vermont, studying at Ronshoved Hojskole in Denmark and interning at Yestermorrow Design/Build School in Vermont. He enjoys viking metal, woodworking, reading, thoughtful design, and being near the Big Lake.